We now run our famous guided tours under license to the Department for Environment and Water.

We are not affiliated with any privately run Adelaide Gaol tour operator. 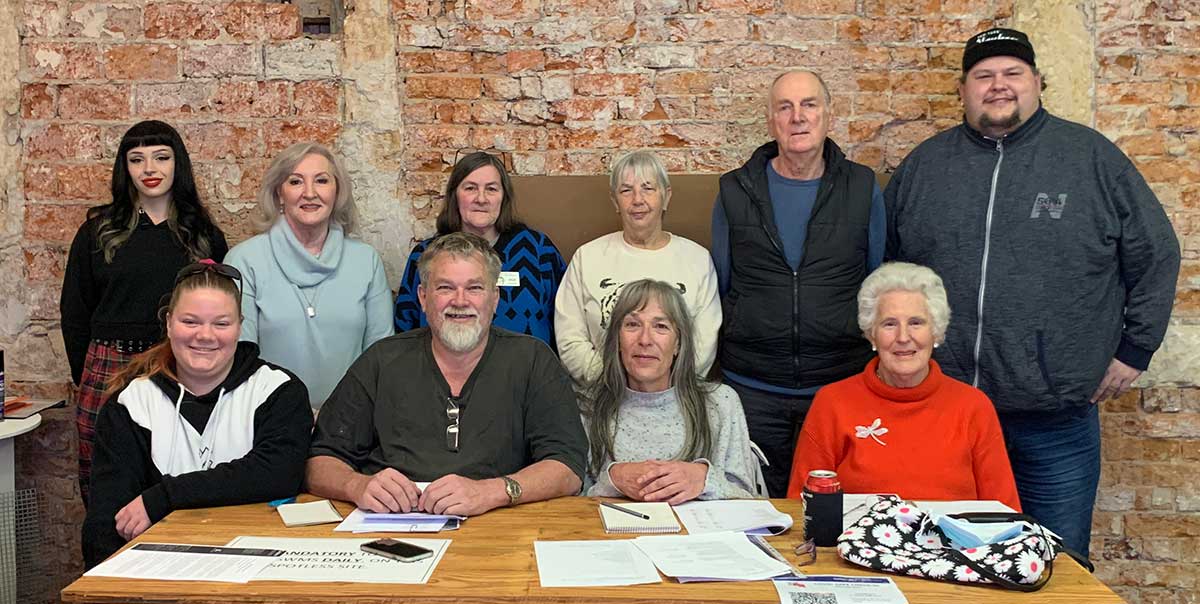 What we, the AGPS Volunteers, have achieved

When The Adelaide Gaol closed as a working prison in 1988 the then State Heritage Branch called for volunteers to act as guides in a trial public opening of the Gaol. This opening was a success and, as a result, it was decided that public tours of the Gaol should continue.

Two of the original volunteers from the first open days approached the Heritage Branch and proposed that a society be formed to assist in operating the Gaol. This was agreed and The Adelaide Gaol Preservation Society Inc. came into being on the 9th April 1989. For the next three and a half years the Gaol was operated solely by the Society and in 1992 the Department appointed a Manager for the Gaol.

In those early days the volunteers, with very little in the way of funding, cleaned, repaired, painted, set up displays, organised information boards and overhauled as many areas of the Gaol as possible. They applied for ‘grants’ to aid them in their work and accepted, when offered, donations from interested parties.

Government funding became less and less and the Gaol started to show signs of neglect and disrepair. During this time, the Society continued to care for the Gaol, resorting to fund-raising events to pay for repairs and upkeep in an effort to keep the Gaol open for the public.

The Society achieved much during this period, such as opening and running the Gaol shop, recruiting and training guides and volunteers, organising guided tours, sourcing artifacts and information about the Gaol and advising the Government on policies and procedures for preserving the Gaol and the uses to which it may be put.

The relationship between the then Department of Environment and Heritage, as the Heritage Branch had become, and the Adelaide Gaol Preservation Society Inc. became strained when a rumour was leaked that the Gaol would close. The Society strongly opposed this and initiated talks with DEH heads and government personnel. Eventually our voice was heard resulting in the then Minister (Gail Gago) announcing that the Adelaide Gaol would not be closing.

DEH became the Department of Environment Water and Natural Resources (DEWNR) and in late 2007, much to the Society’s relief, Government funding was increased enabling maintenance and repair work to begin. Since then, the Society’s relationship with the Department improved considerably and once again we are working together to showcase this heritage jewel to the public.

However in late 2o12 the Department decided to change the way the Gaol operated and required licensed operators to conduct all guided tours. DEWNR’s association with the AGPS was dissolved and a new relationship was established with the AGPS becoming a licensed tour operator.

The AGPS still operate as a ‘not for profit’ organisation and all of its tours are conducted by volunteers. This provides us with the opportunity to contribute our profits to improving and maintaining the Adelaide Gaol.

Become a Volunteer and help support us

The Adelaide Gaol Preservation Society’s volunteers are proud of the role they have played in the Gaol’s recent history.

These ongoing activities are dependent on various public donations and grants.

The Society is always looking to recruit additional volunteers to assist with their important work. Opportunities currently exist for tour guides.

If you are interested in becoming a volunteer, simply download and complete a copy of the Volunteer Application